Young teen son announced that he would rather like a Rubik’c cube cake for his birthday last month.  I took this in the spirit in which is was given – a challenge.  Work began on the morning of his birthday after shuffling him off to school.

The cake began life as a 12 inch square Madeira cake, baked for approx 55 mins at 160 degrees Celsius, then cut into four equal squares, of which only three were used for the final cake.  I wrapped the tin with newspaper to prevent the cake from browning too much on the top during cooking. 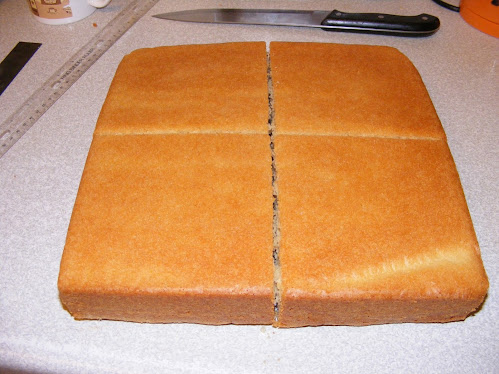 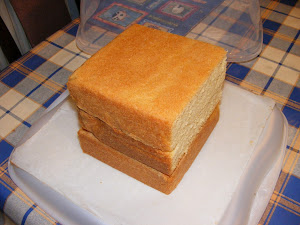 The cake stack was then covered in a layer of Asda Banoffee spread, and the icing begins, by covering two opposite sides with Fondant Icing. 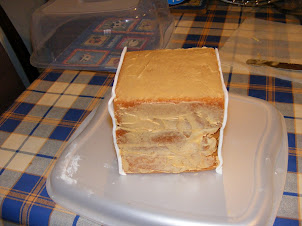 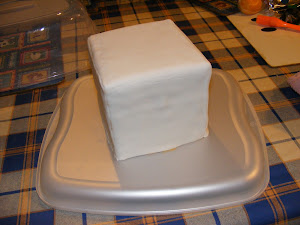 This was followed by a strip of fondant icing laid across the remaining part of the cube.  Edges were neatened and the surface smoothed out, ready to add the colour. 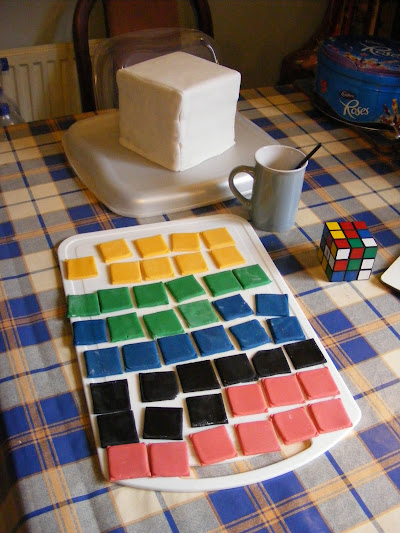 Ready-coloured fondant icing was used to make the squares of colour to represent the smaller cubes of the Rubik’s cube.  I had made a conscious decision to use white as the background because of the slightly bitter taste of heavily coloured fondant.  Therefore black was used in the smaller squares to provide a sort of negative image.  The small squares with ‘glued’ to the cake with water and a soft paintbrush. 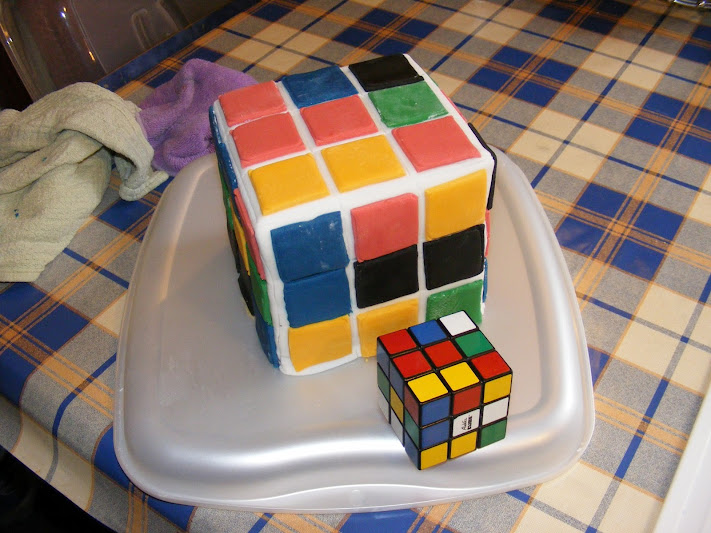 This picture shows the finished cake, complete with the original cube, used to ensure than I had a good representation of the spread of colours.  I thought that it would be better to show a random pattern of colour, than the completed cube pattern. 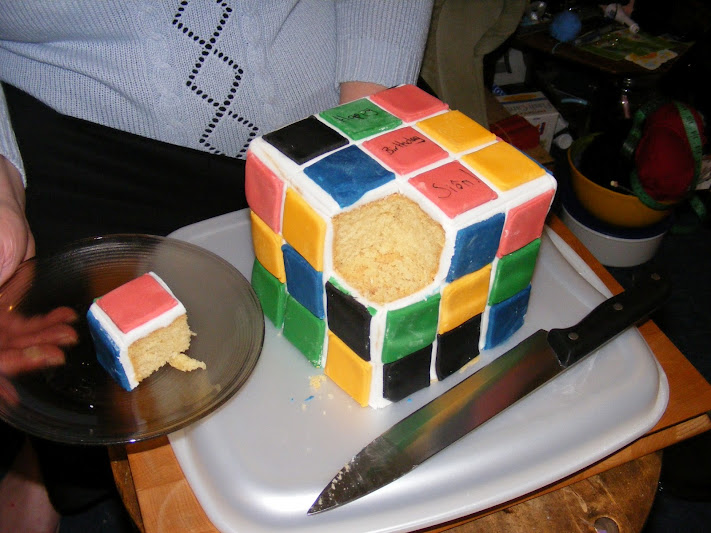 Et Voila!  It didn’t last long of course – these things never do, but at least my son was happy with his cake.